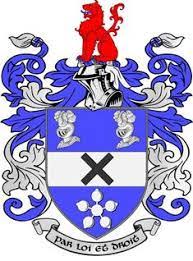 In the several decades now that I have been trying to dig out my Irish ancestry via the internet–and pin down immigrant Patrick Trainer’s upstream line–the subject of the Mac Threinfhir sept or clan kept popping up.  There were various narratives which put this group as Ulster-Scots, native Celts, or some admixture thereof.  The meaning of the name can be broken down to ‘Mac’ (son of) and ‘Threinfhir’ (strong man).  But first, I need to get how this is pronounced.  By the beginning of the 19th century, many branches of the family had dropped or foreshortened the ‘Mac’ (meaning ) and had also added numerous permutations to distinguish their lines and geography. … Read the rest